Nuke the Soup is the current project from Mark Davison, singer/guitarist/songwriter and founding member of Cubic Feet. Fiercely independent before it was cool, Cubic Feet has had a successful run of five albums, the last being the critically acclaimed double album, Then and Now.

Nuke the Soup channels Davison's well-honed rock songwriting craft, bringing his witty, gritty songs to life with a top-notch band: keyboardist Brian Simms, bassist Mike Mennell, guitarists Rennie Grant, Andy Thurston, Gerry "Spooky Ghost" Leonard (David Bowie), and Chester Thompson (Genesis, Zappa) on drums. Deeper (2018) expands on Make Waves Not War (2009), the band's first release. Teaming up with producers Kevin Killen (Bowie, Peter Gabriel, Kate Bush) and Brendan Canty (Fugazi's drummer), Deeper meditates on mortality and its torments and joys. The tone never plunges into darkness but stays remarkably buoyant. The album opens with the media's commercialization of human tragedy ("Network"), only to shift toward a call to turn off the news and engage more powerfully with life and its breakers. The album moves from personal reflections on relationships and aging ("Better Than I Was"), addiction ("Bugs"), and the state of the world ("Island"), to the political send up/love anthem, "Hillary."

"I did not set out to write an album with a recurring theme as dark as mortality, but that's where the muse led. And I followed it deeper and deeper," Davison says. For all the philosophical reflection, however, Nuke the Soup keeps the drive that makes for powerful performances by the band, live and in the studio. 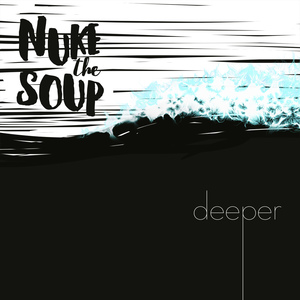